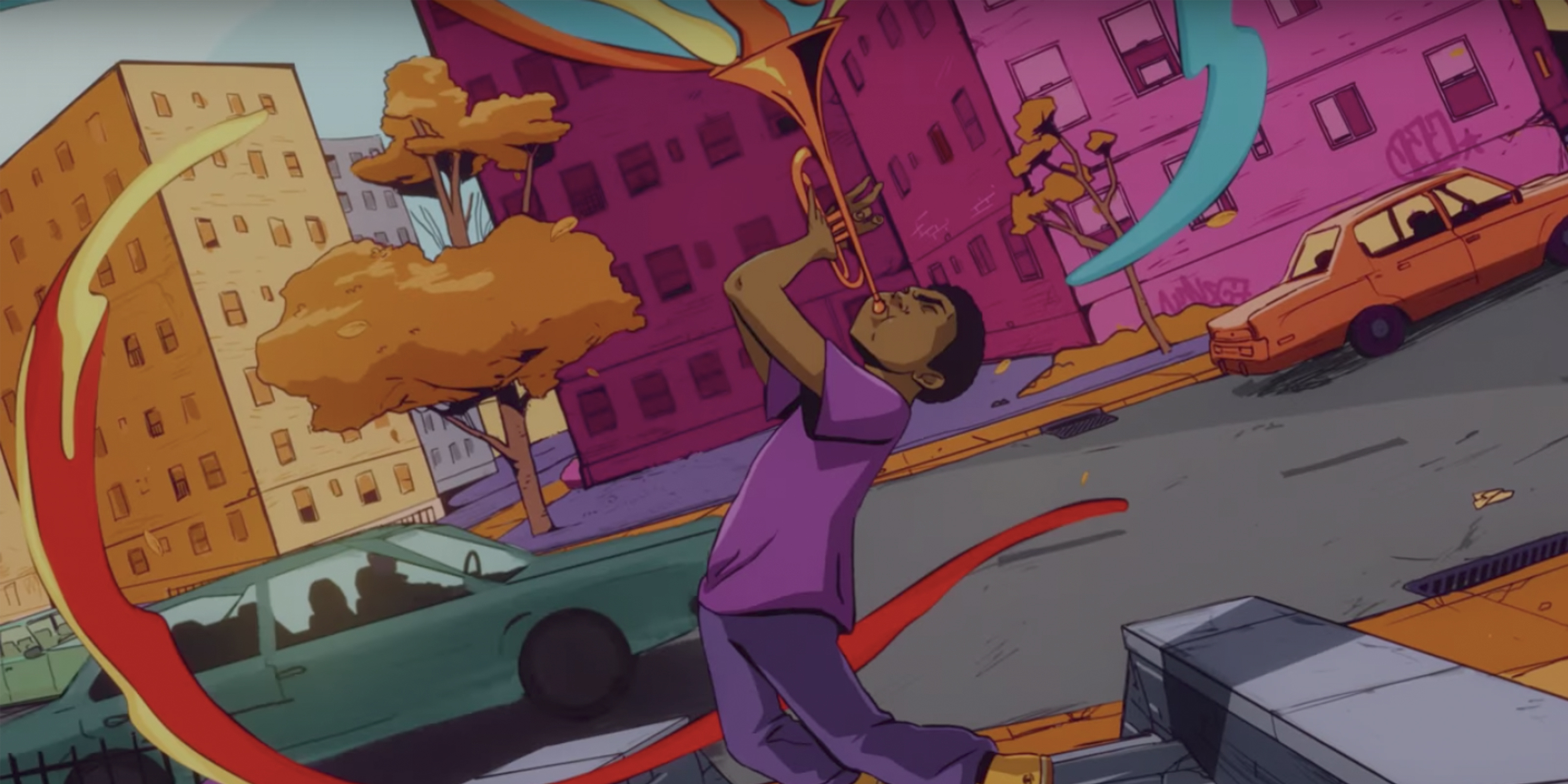 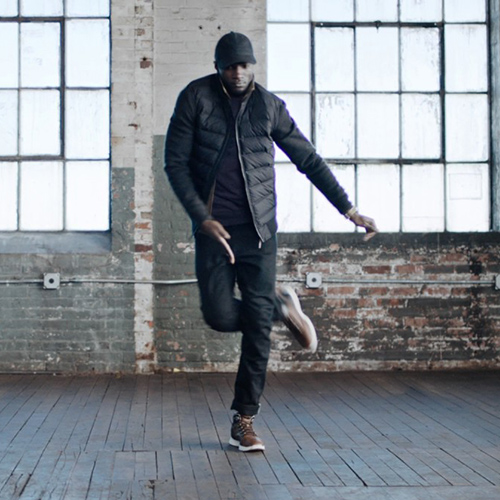 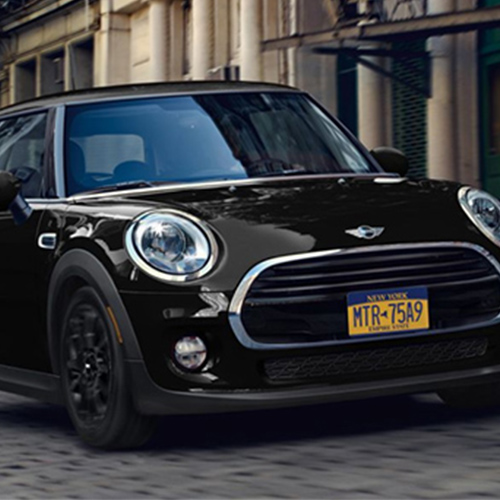 The rapper steps back in time in Pereira & O'Dell spots

Nas boots up tales of his early years in a series of animated shorts for Timberland.

In doing so, he puts a vibrant personal spin on the entwined evolution of footwear styles, street culture and hip-hop music—much of which the rapper, a fixture on the scene for three decades, has experienced first hand.“Before there was rap, there was jazz,” cartoon Nas says in the clip below. “My father played the trumpet, so for me, that’s where my journey started.”

The minute-long ad, the first of four spots developed by Pereira & O’Dell New York, shows the rapper as a 6-year-old boy, blowing his horn on a Queens street corner, entrancing onlookers as rays of sound and color fly across the neighborhood.

“The idea was to have a hip-hop legend share personal anecdotes, stories and milestones from his or her journey. Nas was always at the top of that list,” says Dave Arnold, executive creative director at Pereira & O’Dell New York, which developed the campaign with production house Gentleman Scholar. “Lucky for us, he’s a genuine Timberland loyalist who’s called out the brand by name in lyrics since the ’70s. Once the process started, he became part of our creative team, and the details in his stories helped build on the world we were animating.”

Drawing inspiration from illustrated media that tells the story of hip-hop’s rise into our collective consciousness, the team crafted four minute-long cartoon videos that will drop through December as new kicks in the Timberland Legends Club, exclusively available at Foot Locker, hit the street.

Upcoming spots focus on Nas’ love for learning and lyrical wordplay, his first rap battle (he lost to an older girl in the neighborhood) and his first trip to a recording studio. 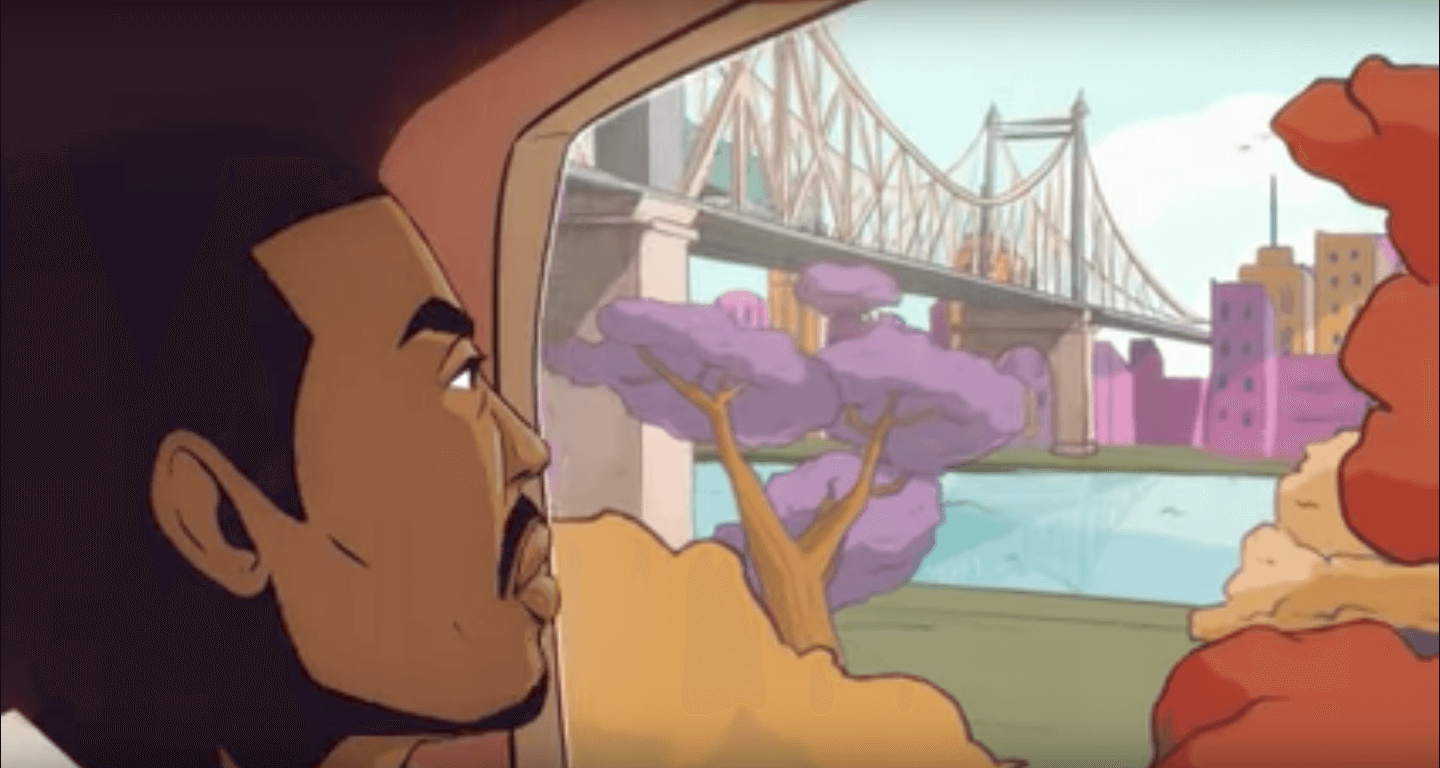 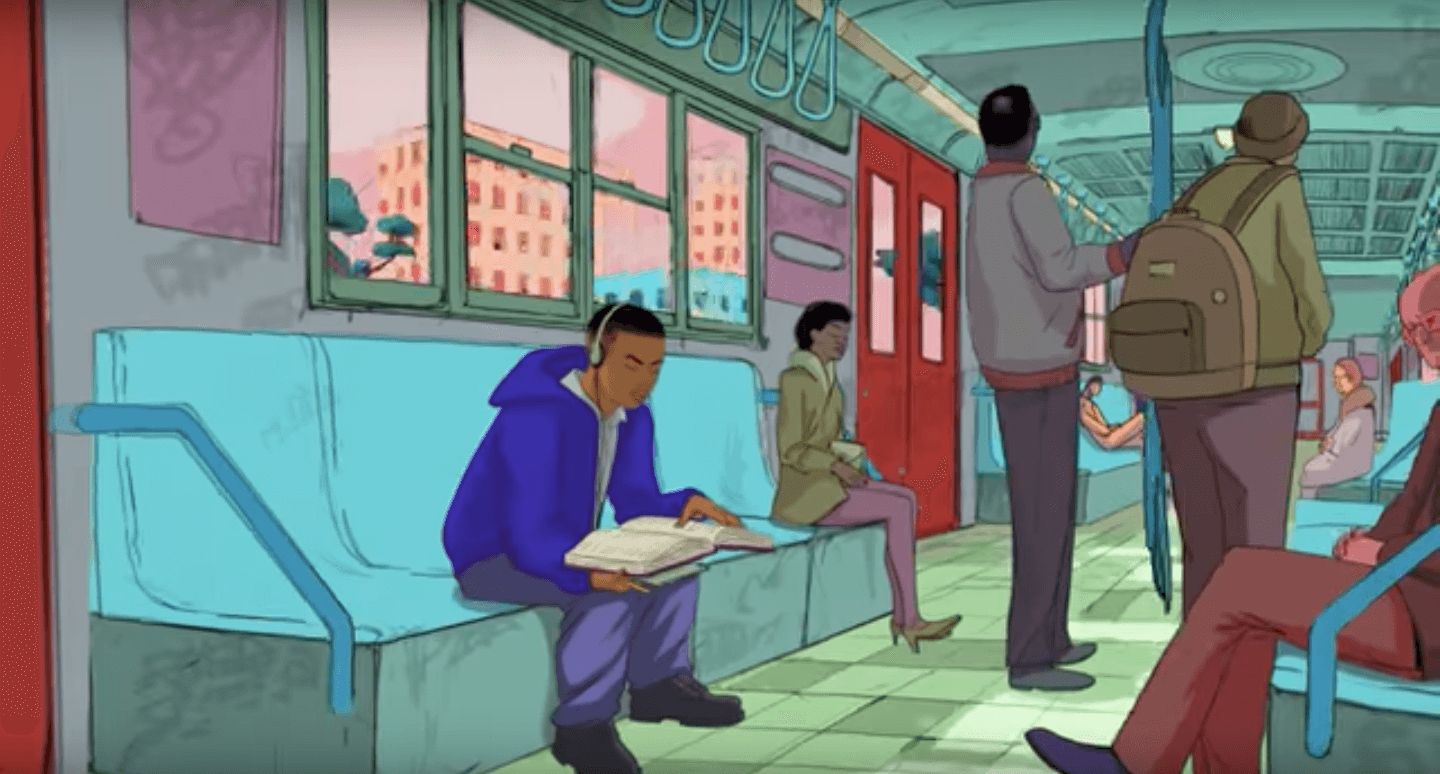 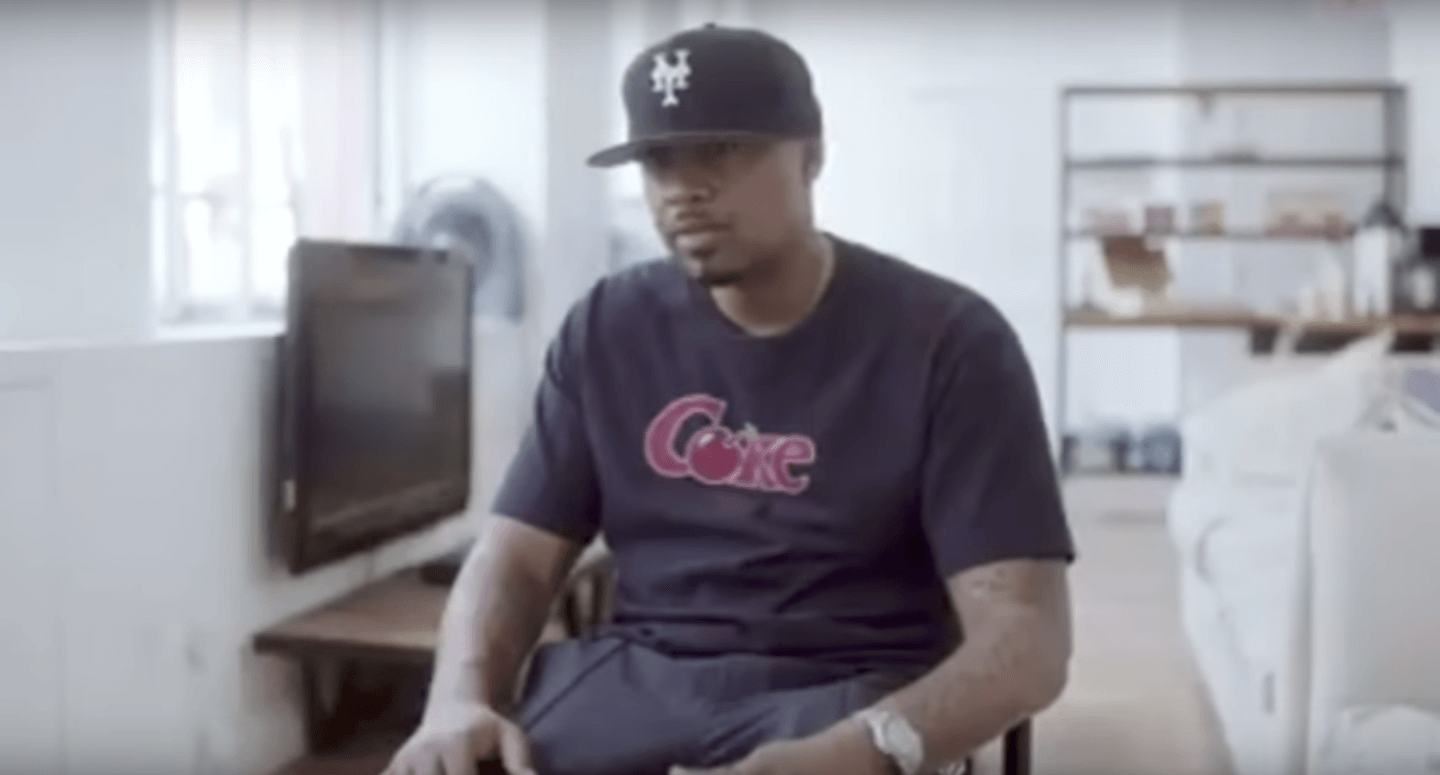 In the interview clip, which serves as a trailer for the series, the artist appears in the flesh, eloquently connecting the product to his personal ethos and urban culture en masse.

“New York is a very stylish place—we don’t do anything the regular way, we don’t do things to fit in. Timberland had a style that fit in with us,” he says. “Timberland is a household name, especially where I’m from. We used to go to Steinway Street in Queens—I used to put them on layaway. I used to do whatever to make sure no one else bought that size.”“He would put our scripts in his words and elevate them to the next level,” Arnold says of working with Nas. “His voice makes anything he says have weight, especially when it’s personal.”

In addition, Pereira & O’Dell is making custom comic books for the first two episodes as well as the last two episodes. They will be distributed at Foot Locker. There is also this handpainted billboard in Bushwick neighborhood of Brooklyn.

Timberland is targeting a younger audience than usual—the 15- to 19-year-old set, “a group deathly allergic to traditional advertising,” Arnold says. So the team strove to make films that would appeal primarily to that audience.

Still, Arnold believes the message is universal enough to break through in a big way with viewers of all ages, driven by the cool tones of Nas’ understated but heartfelt narration and the uplifting authenticity of the rapper’s life story.

“Everything is authentic,” he says, “including the flashbacks where he’s wearing the specific Timberlands he wore during each period of his life.”