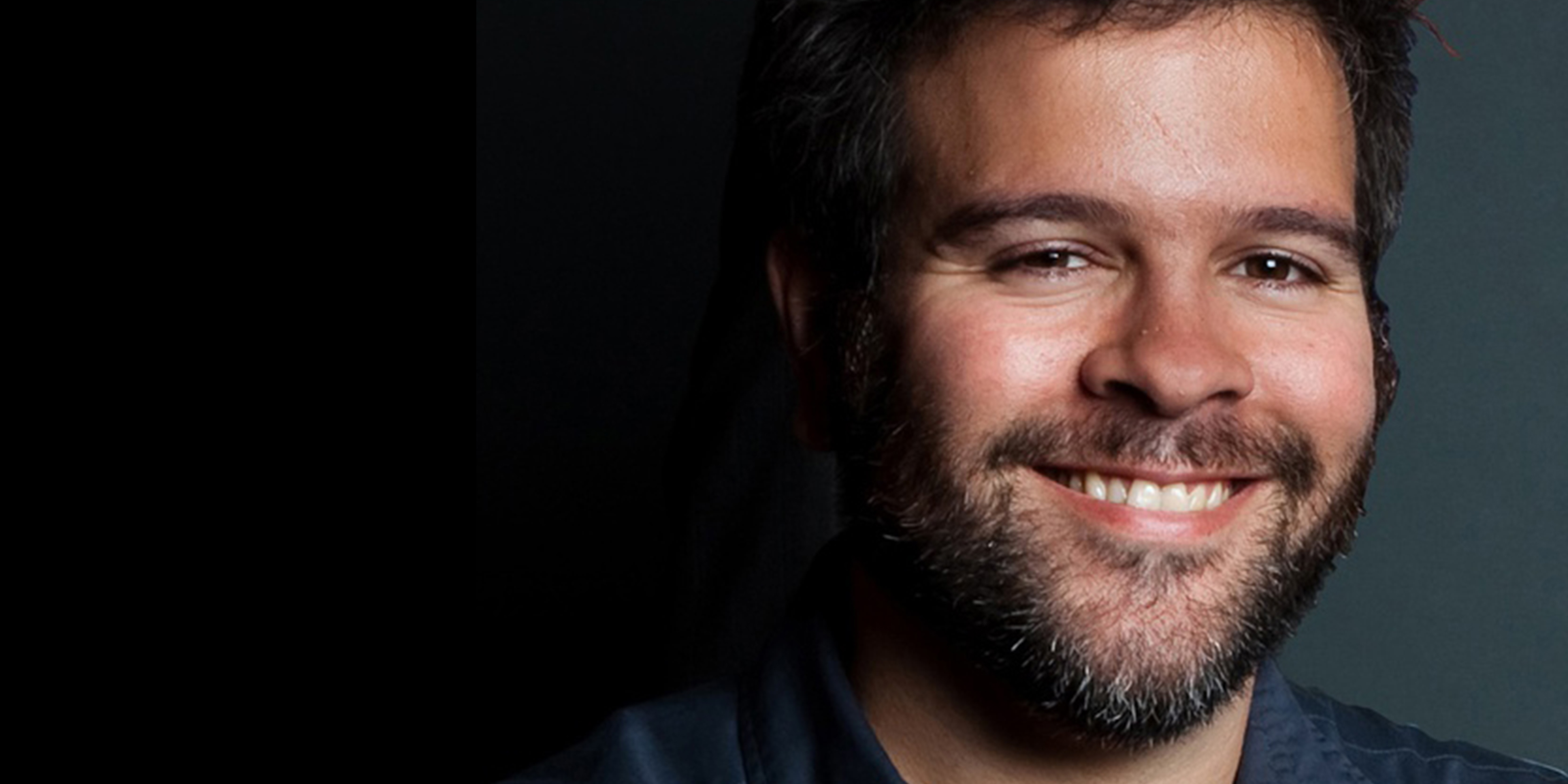 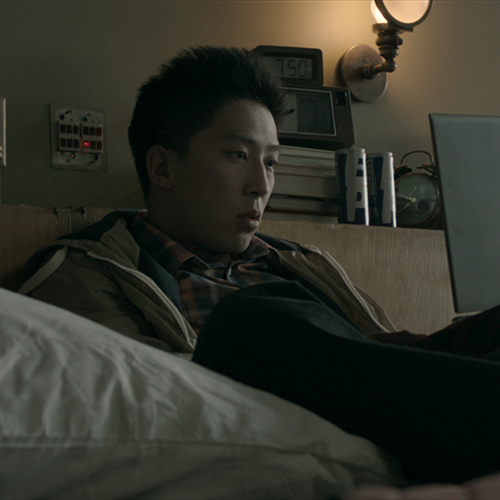 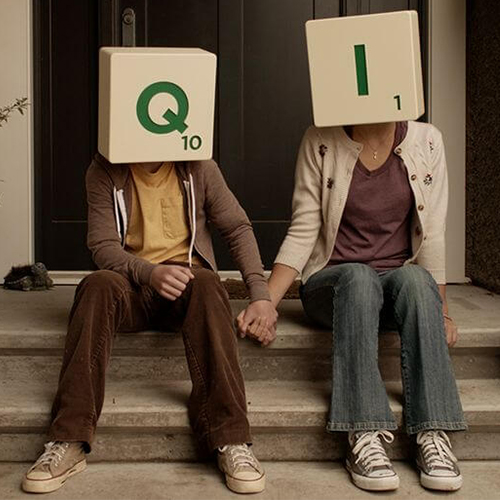 Next Article
Scrabble Brings Letters and People Together in Global Campaign

Pereira O’Dell’s namesakes, PJ and Andrew left digital giant AKQA almost five years ago because they believed there was a big opportunity for a new generation of agencies that had an integrated approach from birth.

“Unfortunately, most of these agencies were still being born out of big TV backgrounds, so we thought, why not us?” says the shop’s co-founder PJ, who speaks to Lürzer’s Archive.

Tell us a bit about Pereira O’Dell and how it was formed?

We left our jobs when the world was beautiful. Everyone was growing. The landscape was welcoming...

Then the market crashed exactly one month before we officially launched. There was a moment of panic, of course, since we left without any clients in our hands. But soon we realised, because we had investment secured in the bank and didn’t have anything to lose (the company was just the two of us at that point) we were one of the few agencies hiring, pushing and investing when everyone had the hand break pulled.

We joke that we are the Forrest Gump of advertising; we got our shrimp boat and went off without knowing exactly what we would find, just to find out the storm had hit everyone else when we got back.

What projects are you working on at the moment?

We recently won a few different new accounts, and putting them on the ground takes a lot of work. But it's fun too. We are currently boarding Mattel, a number of brands at Henkel and getting Skype (“It’s Time for Skype”) into its second phase.

And there is also the work we do for Intel and Toshiba (we are currently doing our second social film for them, called “The Beauty Inside”), that usually take a lot of time and attention because they are so new that every little detail has to be invented, and most of them are invented live while the project is happening.

In terms of size and people, would you consider yourself as a small or big agency?

We are mid-sized. And I like it. We have scale enough to have a wide range of talent (I believe creativity comes from diversity, and diversity takes some scale) and to take on some important challenges. But we aren’t the huge monster that can't make moves and challenge the current way it thinks. We want to grow more, but we are likely to do that through new offices - like the one we have in NY - than growing San Francisco to a thousand people.

Your site says that “specialisation made advertising lousy” and storytelling should be combined rather than separated. Why is this important?

The thing about specialisation is that it made agencies efficient. But they lost their ability to innovate because the box they operate on is getting smaller and smaller. I dream of being an agency like we had in the sixties, where marketers come to solve problems, without having any idea of which format that solution may take. We are living in the most exciting moment in advertising since the invention of television, and it should be fascinating to do our job for anyone with some degree of curiosity.

The thing about integration is another story... I actually tend to hate the term because it usually means a shallow "matching luggage" request and a long check-list of formats we have to fill without our brains. I believe in integration on the technique level. When you combine the technique we know from film, digital, design, PR, etc. you can invent totally new ways of telling stories or making brands popular as if advertising was invented the day you got the brief. It's a luxury to be an ad professional in this current world.

How do you feel interactive and online platforms changed the way agencies work?

Unfortunately not much, because most agencies have been trying to address these changes from a technology and production standpoint. And if there is one thing I learned after being a computer programmer for more than ten years is that technology changes too much for you to stick to it. You’ve got to learn the logic behind it so you can evolve. And the most important piece of logic behind the best digital agencies is not the "innovation" capability as people may think, but the discipline they had to develop to do things that are worth experiencing on demand.

Think of microsites, from a decade ago - if they weren't interesting enough no one would visit, then the work would be pointless. Think of viral videos today and the same thing applies. The digital professionals, at least the good ones, have developed a good sense of what works for people in an on-demand world. Until traditional agencies start to think on-demand too, they will be trying to absorb the wrong thing.

You won the Branded Content & Entertainment Lion at Cannes this year for Snoop Dogg’s “Rolling Words”. Tell us a bit more about the campaign.

“Rolling Words” is a good example of a project that was integrated on the technique level. Essentially it is a book; a book with a very limited production that was meant to be handed to some of Snoop's friends just to create some buzz about the rolling paper brand he was launching. But when we asked him to record a little video explaining it so we could show to more people, the video went totally viral and the press loved it.

So despite being a book, it's also a PR stunt and a digital idea. My favourite ideas are usually like that. In a sense, they not only cross the line between different categories, but actually stay there right on top of those lines. For example, “Rolling Words” won Gold Lion for Content, a Bronze for Outdoor and was shortlisted for Promo.

What do you think is the best digital/integrated campaign to come out of Pereira O’Dell?

“The Beauty Inside”, for Intel and Toshiba, because it is a big, innovative project that is centred on a beautiful love story - the struggle of a young man Alex to find love given his unique "condition": he wakes up every day in a different body.

That premise allowed us to ask anyone to take their webcam and be Alex for a day, which created a totally new film-making and film-watching experience. But that's just a little detail next to the story itself and people are loving it. A lot of the comments on Facebook and YouTube are that consumers would pay to watch this. It's quite incredible!

How do digital campaigns aimed at American markets compare with those aimed at Brazil?

Brazil is a market that is very centred on media. That's how agencies make money. This holds back a lot of the innovation aspects and even the storytelling elements. A production like “The Beauty Inside” uses almost as much money on production as it spends on media - that's sacrilege in a more traditional market like Brazil. That's the biggest challenge. Because consumers get it - a lot of the audience of “Beauty Inside” comes from Brazil actually, but marketers and the way the industry operates makes it difficult to truly innovate.

Name the best digital work you’ve seen in the last couple of years.

I am still a sucker for “Chalkbot” by Wieden + Kennedy, Portland, for Nike and the Lance Armstrong Foundation. That idea had a touch of invention, a PR twist... but ultimately was a brilliant way to tell a story through the stories of thousands of people and get free space on TV because of that. Pure genius.

Scrabble Brings Letters and People Together in Global Campaign